I hope everyone had a Happy Easter.  I took my daughters up to visit my aunt on Friday and Saturday, then came back for Easter at my mom's house.  So a good family weekend.

Back in February, Mark over at This Way to the Clubhouse sent me some cards.  He included in that batch cards that go into my "Topps Base Angels" binder.  Welp, he decided to send along another batch.  And again he included some great cards from my time away from the hobby. 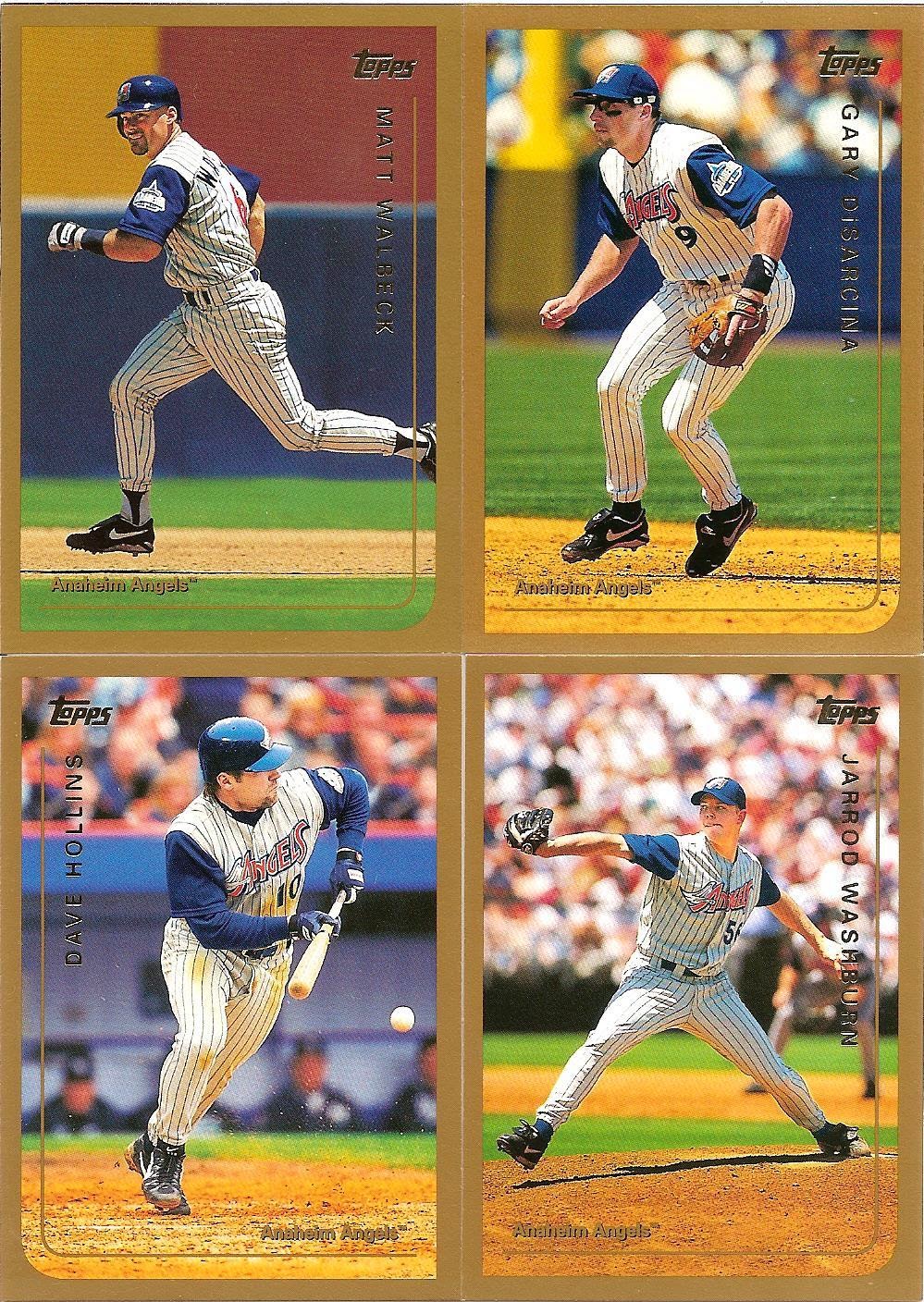 Some 1999 base cards.  Its funny to look at gold borders nowadays.  15 years ago nobody thought "Parallel?"  Washburn would still be around to give a homerun to Bonds in the 2002 World Series. 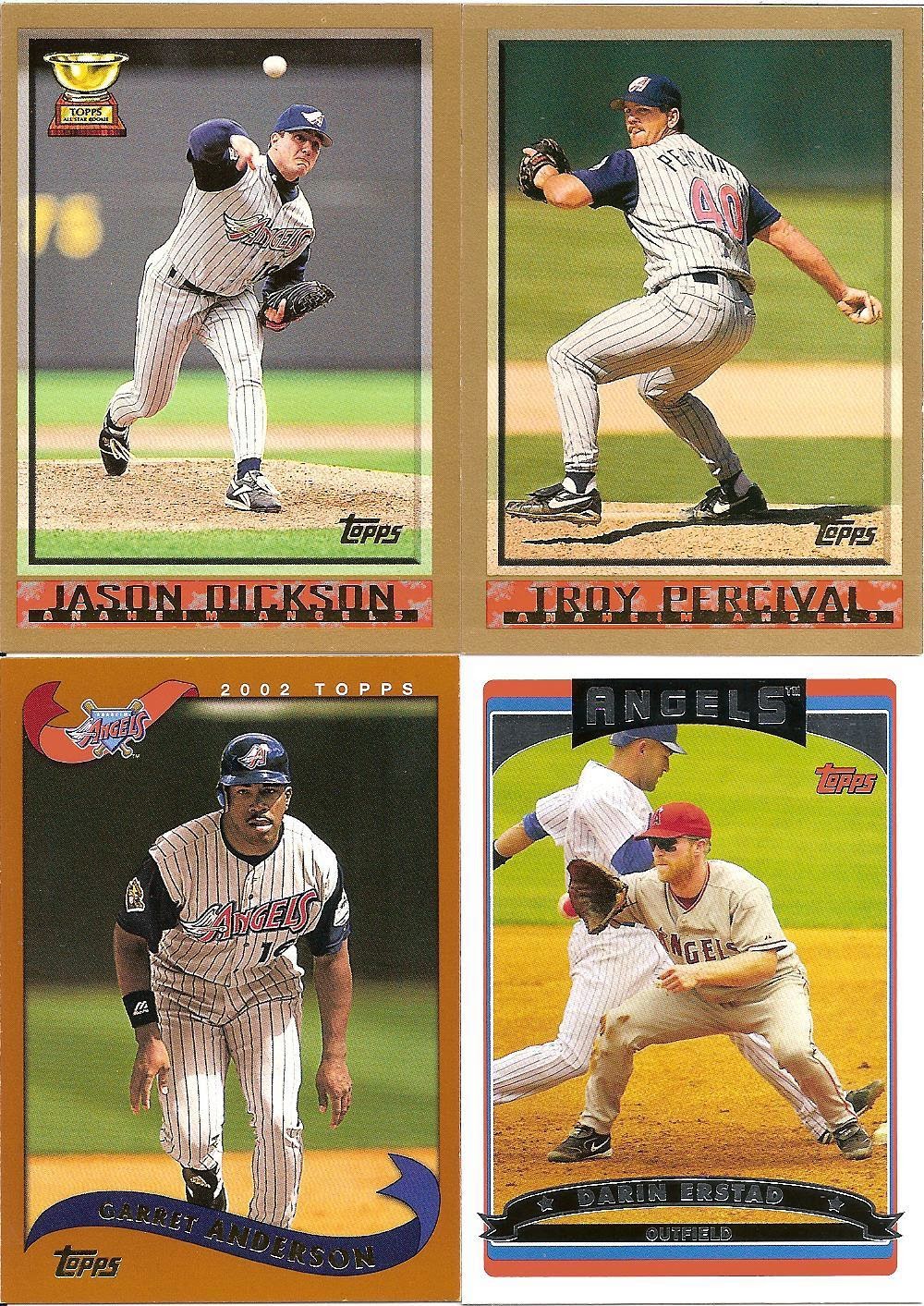 They didn't think that in 1998 either.  2002 was straight up orange.  Still not sure what I think of that.  3/4 of this group were prominent contributors to the Angels' World Series victory.  Dickson was busy being released by both the Devil Rays and (ironically) the Giants during 2002.

I just scanned these together because I find horizontal cards scanned sideways to be odd.  And yet, that's exactly how these will be displayed in the binder....

But there wasn't just Topps base cards included. 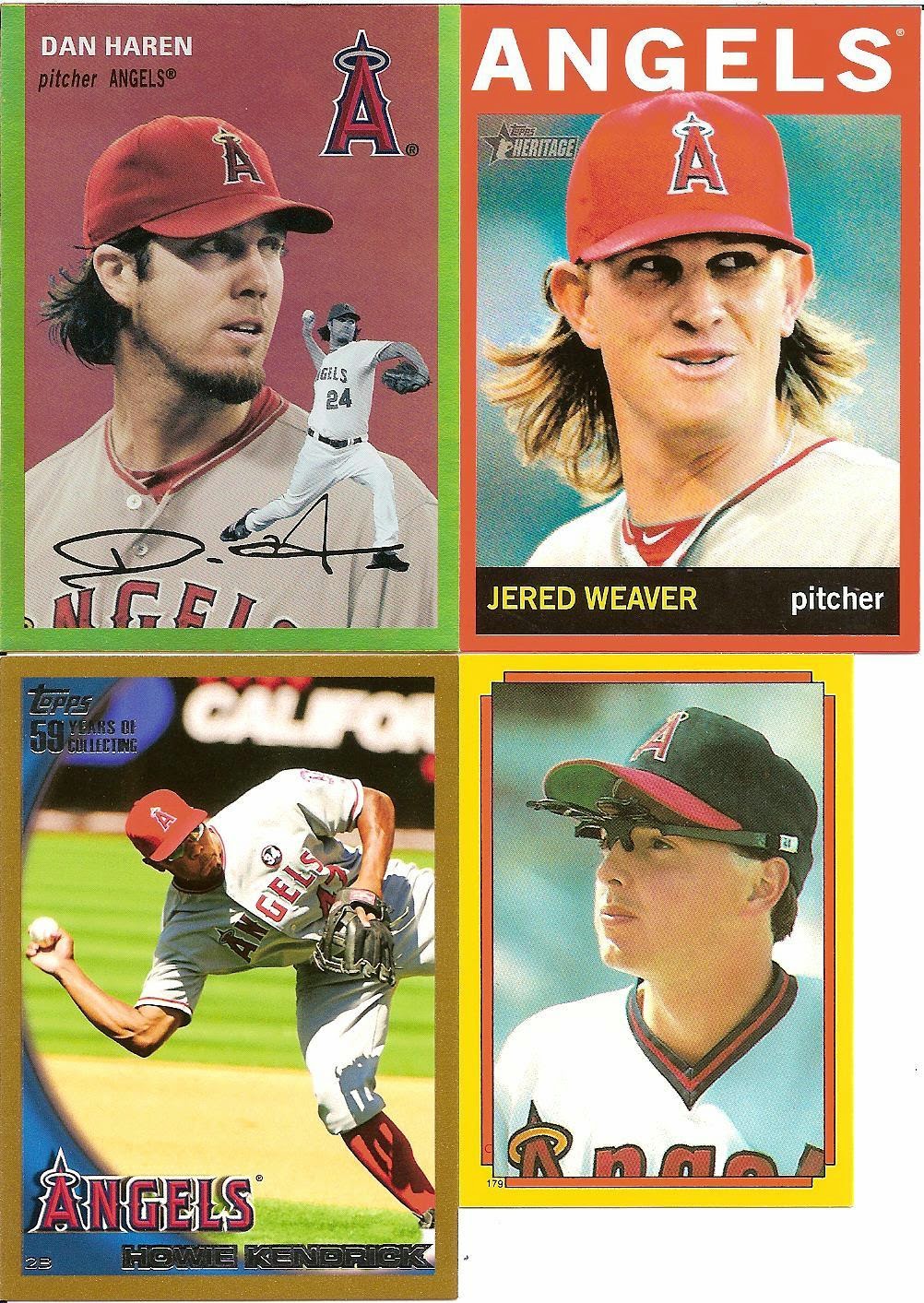 That is not a green border on Haren.  My scanner just decided that the gold foil (I think that's the right parallel) wasn't gold.  Kinda looks cool though, almost as good as the actual card.  I'm not sure what I think of Heritage parallels.  On the one hand, I'm a sucker for parallels.  On the other, they didn't even consider parallels in 1964.  They did consider parallels in 2010, and I think the gold looks particularly nice against the blue/red combo of the Angels.   And a Wally Joyner sticker?  Outstanding.

Thanks again Mark.
Posted by Jeff at 9:58 PM

Email ThisBlogThis!Share to TwitterShare to FacebookShare to Pinterest
Labels: This Way to the Clubhouse